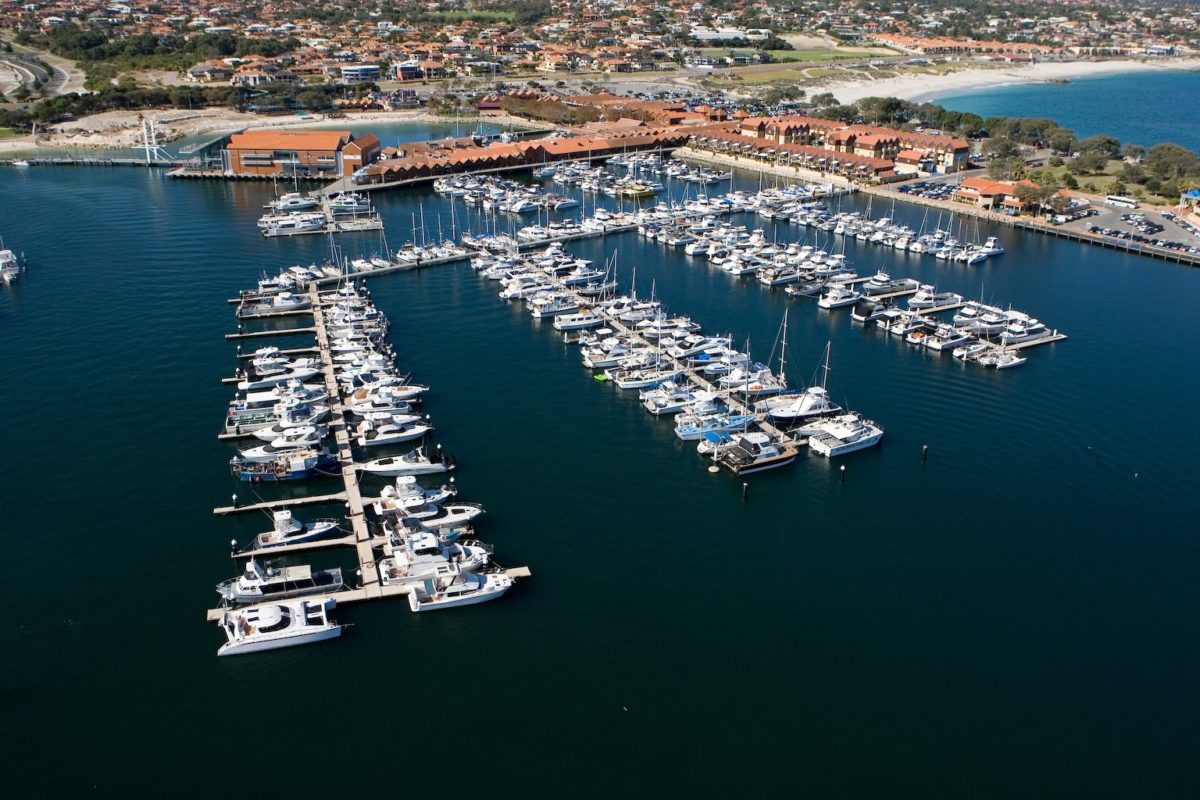 Poralu Marine, a French SME that exports 80% of its turnover, specialized in designing and building top quality port equipment, is successfully expanding in Oceania. Both its products adapted to specific conditions and its determination to protect the environment respond to new customer expectations as product users.

In spite of solid economic growth (on average 3% per year), Australia and more generally speaki ng Oceania remain relatively unknown to French SMEs who ‘forget about’ this extremely dynamic though distant continent. This is not the case for Poralu Marine, specialized in designing and building high-quality port equipment, making it one of its flagships in its global development.

In Australia, the company has just delivered several marinas and installed Seabins, collectors of floating waste and hydrocarbon, that are particularly efficient in keeping port waters clean. Poralu Marine’s regional ties to this country are based on long-term tried and partnerships as well as loyal customers. Various powerful experiences have also strengthened these relationships, such as when the Category 3 tropical cyclone Olwyn passed through the country, causing vast destruction in North-Western Australia back in 2015. Exmouth Marina, built by Poralu Marine and installed by a local partner of the company in Australia, was hit head-on and its pontoons, contrary to many other infrastructures, did not suffer any damage.

With Shorewater Marine (Perth, Australia), the distributor for products in the western part of Australia, Poralu Marine is continuing to replace and expand Hillary’s Boat Harbour Marina, implanted ten years ago. In 2007 Poralu Marine also built Hillary’s Yacht Club. The adaptability, quality and longevity of Poralu Marine’s solutions make it possible to continue development of this marina with 400 slips managed by the local government (DOT, Department of Transport). It can hold boats up to 30 meters long. This new phase consists of installing three new sets of pontoons, new piling and service terminals in the place of former concrete pontoons. The quality and style of our products, the quality of service and the way we manage the installation allowed us to stand out and win this public tender.

The same client entrusted the first stage of renovation and extension of another installation, Two Rocks Marina, to Shorewater and Poralu Marine.

In the State of Tasmania, (southern Australia) Poralu Marine has just finished the Prince of Wales Bay Marina, in Hobart. It is already full, proving how attractive it is. Its esthetic qualities, the little upkeep it requires, but also some of its innovations make it irreproachable. First of all, Poralu Marine made sure that it fits perfectly into a protected natural environment. The decision to use aluminium was also crucial: whereas local construction methods tend to use concrete, the customer, who produces aluminium catamarans, is well aware of the many advantages of using this metal: resistance, a long life in a maritime environment, and reduction of the total cost of ownership. Port facilities made from aluminium structures are the result of French know-how that appeals to more and more markets seeking innovative products.

The Prince of Wales Bay Marina is also the home to another of Poralu Marine’s exclusive products: catways, which are small floating pontoons attached to a much larger one, which are 12 meters long without piling at the end so they can host boats of 15 meters. As there are no stakes, their position can easily be changed to hold different kinds of boats during the season, including very large catamarans. Poralu Marine is the only company with this type of technology in Australia.

Poralu Marine, an environmentally friendly company: the first Australian ports to have Seabins

Poralu Marine and Seabin Pty Ltd (known as The Seabin Project), have marketed the Seabin, an innovative and ecological device to collect floating plastic waste,

intended to be used in both ports and private marinas. A global exclusivity agreement was drawn up between the two companies, for the development, fabrication process and distribution of these devices. After having entered into the European and American markets, the first Seabins have just been installed in Australia. And this goes back to where it all began as two Australians invented this simple but revolutionary concept! Poralu Marine has put in place a distribution network and Seabins now can be found in Sydney, Port Coogee, Mandurah, and Hillary’s Boat Harbour, as well as in all the States. Beyond its commercial success, Seabins show customers in Oceania that Poralu Marine is above all a key player in protecting the environment.