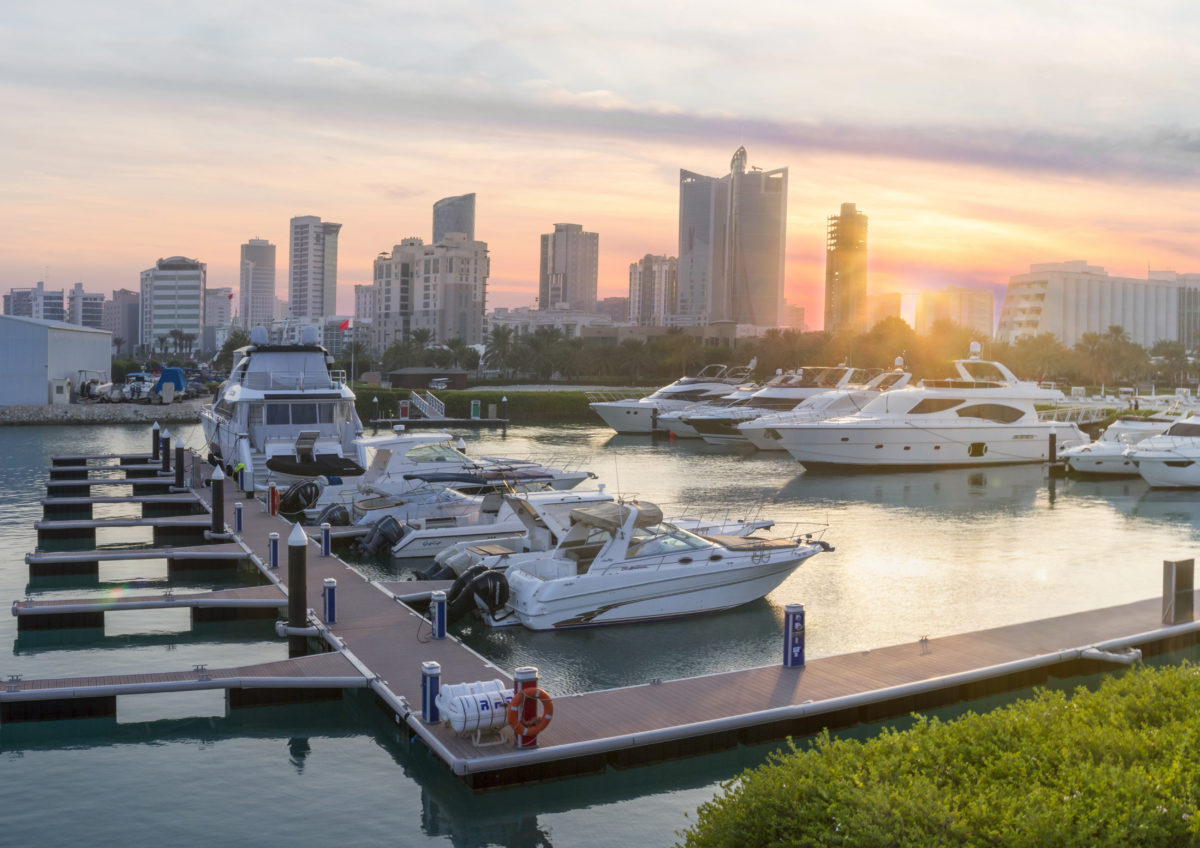 Poralu Marine and its partner in the Middle East, United Marine Trading (UMT), has just completed a luxurious marina for the Ritz Carlton Hotel in Manama, the capital of the island kingdom of Bahrain. This high quality installation, which was designed, manufactured and assembled in just a few months in 2017 replaces equipment that had become dilapidated.

The quality of the materials, the durability of the aluminium and the incorporation of all the necessary skills by the company convinced the Ritz Carlton, which had consulted all the high end suppliers in the world beforehand.

The installation delivered by PORALU MARINE and its partner concerns 1000 m2 of aluminium pontoons and fingers. The marina has 36 berths, a record optimisation of a restricted surface area. It takes boats from 8 to 20 metres, and in exceptional cases longer, with a 27 metre vessel having made this haven of peace its home port.

The decking is in Ecoteck, one of Poralu Marine’s own products. The company has supplemented its facilities with related accessories, such as utility points for water and electricity, fire extinguishers and even buoys. The cooperation with UMT, managed by Bassam Hajj, which has lasted for over ten years now, also makes it possible to carry out remarkable installation work together.

“The strength of Poralu Marine, which puts our brand at the height of quality, is to be able to combine personalised equipment, e.g. Ecoteck decking and coloured fenders which will be perfectly incorporated into the urban décor and create unique combinations. This is the reason our client was able to tell has we had built “the Rolls Royce of marinas”, explained Benjamin Violet, manager of the Poralu Marine office in Dubai and responsible for the commercial development of the French brand in about ten countries in the Near and Middle East.

Poralu Marine, which makes its international development a priority (70% of turnover comes from export), has several representative offices in Asia (Hong Kong), Middle East, (Dubai and Iran), Europe (Italy), and a network of agents in the main international markets. The company has two production units in Port (France) and Montreal (Canada), making speed of execution in its work possible. In France a Design Office and export teams reinforce this international strategy.