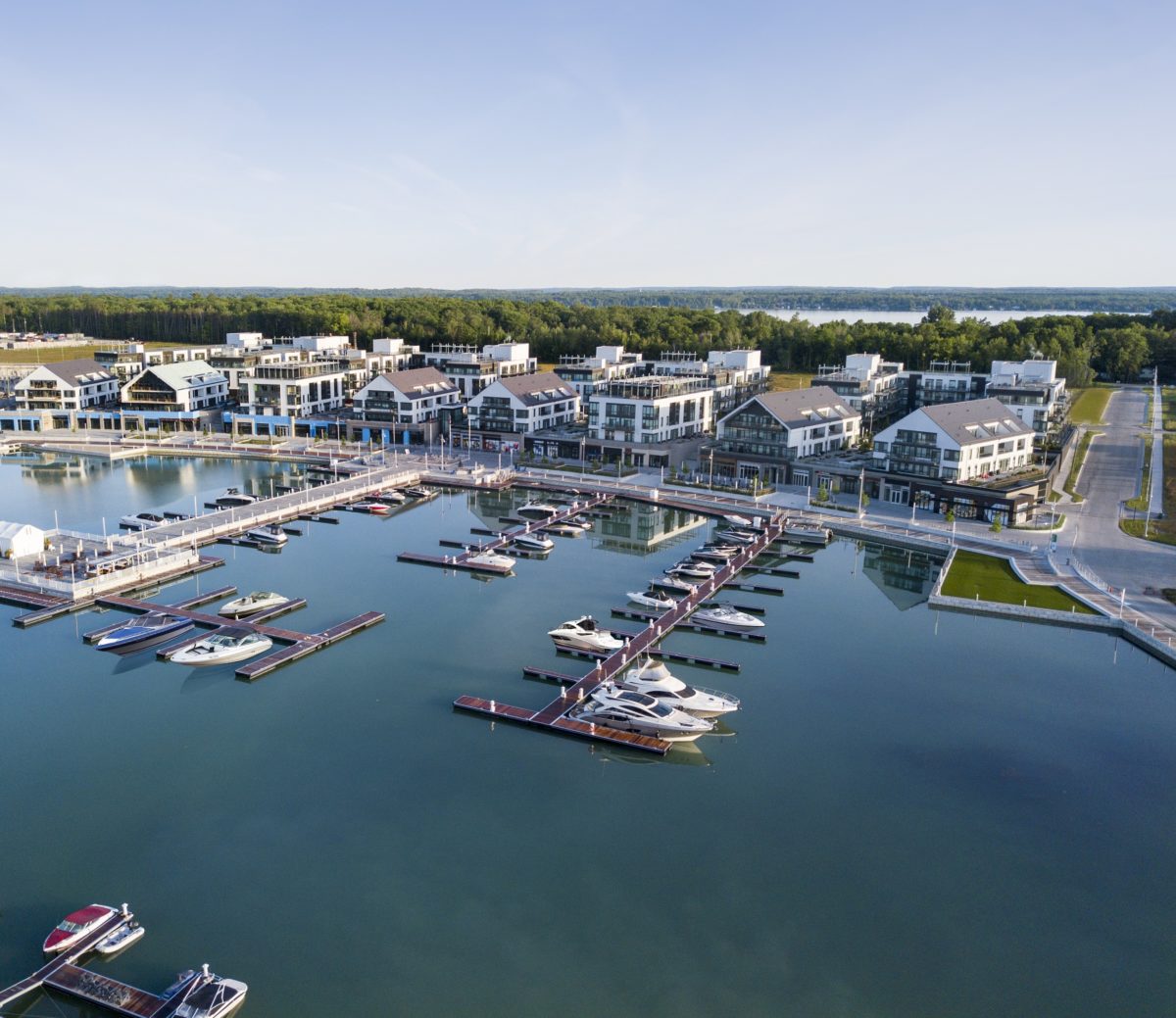 The Canadian-based Friday Harbour Resort project affirms Poralu Marine’s North American status as a design-build firm with the know-how and specific skills to deliver large scale projects.  The Canadian branch of Poralu Marine is enjoying solid growth across the continent in both the extreme winter conditions of the north to the sun and salt of the south. Poralu Marine Inc. has demonstrated that their aluminum structures in these regions, areas more accustomed to using other types of material, not only have their place, but can shine.

With a one-thousand slip marina in Ontario, Poralu Marine has now confirmed its position as a leader in marina and waterfront design and manufacturing on the American continent.

The French company had opened its North American site in 2001 with a small eight-person team, an outsider in a market not accustomed to aluminum structures.  Poralu Marine utilizes exclusively aluminum structures, combined with long lasting components, to meet today’s technical requirements, longer lifespans and deliver on environmental sensitivities. It is now one of the market leaders in this field and its production site employs a staff of forty.  In addition to its large references in Canada, a breathtaking installation in Brooklyn New York from 2015 was one of the reason why Poralu Marine was recommended by an American engineering consultancy firm for the Friday Harbour Project.

After having completed the first stage of Friday Harbour in record-breaking time, allowing the new marina to open its doors this past spring of 2018, Poralu Marine has just signed for the second stage on their way to the one-thousand slip freshwater complex on Lake Simcoe in Ontario, Canada. This project gave the company the opportunity to showcase its creativity through engineered solutions and ability to tackle technical and environmental challenges, including of course, particularly harsh winter conditions. Developers had hesitated for a long time because of this constraint; Poralu delivered solutions.

This marina was integrally designed and fabricated in the Saint-Eustache (Quebec, Canada) production facilities. Friday Harbour Resort, a resort and marina, proposes a new four-season destination for vacations and up-market residential tourism: “The start of something extraordinary”, said its developers after the first season. The complex includes multi-location commercial marina docking slips, as well as private residential docking amenities along the matching boardwalk, bringing a complete solution water-access and docking requirements both on the marina-side as well as on the residential boardwalk.

Located 45 minutes north of Toronto, Lake Simcoe is the fourth largest freshwater lake in the Ontario province. Weather conditions here are particularly harsh in winter: “As this is located on a lake that freezes over in winter, we had many constraints for this project considering we had to start delivering in February, the heart of winter. Meeting these challenges required us to demonstrate our technical ingenuity, while allowing design to prevail, after all, Friday Harbour is a beautiful higher end development. With a Poralu program that found a way to match engineered solutions with aesthetically high-end products, this marina will certainly increase in value over time,” added Stephen Fischer, the Poralu Marine Sales Manager in Ontario.