Design, construction and installation of a floating structure intended to accommodate a solar platform on Lac des Toules, Switzerland, in partnership with Romande Energie S.A. and ABB.

The project will be carried out in 3 stages:

This is the world’s first project of its kind at a similar altitude. The project is expected to produce almost 23 million kilowatt-hours per year.

With the project being located at high altitude (1810m), it was necessary to consider the strong climatic constraints of the Alpine environment when designing the floating structure. It would have to face conditions such as -30 C° temperatures, winds blowing up to 120km/h, freezing of the lake (60cm of ice) and heavy snowfall (up to 50cm).

The current plant measures 2,240 m2. It is supported by a floating structure made of an aluminum alloy, built to withstand extreme climatic conditions. The floats are made of high-density polyethylene. The photovoltaic panels were assembled directly on the structures by Romande Energie S.A., then the entire plant was launched into the water.

This floating aluminum structure is anchrored deep into the lake by using weights. The structure has the ability to adapt to the water level.

Poralu Marine designed, built, and installed the platform on the lake, in partnership with Romande Energie S.A. 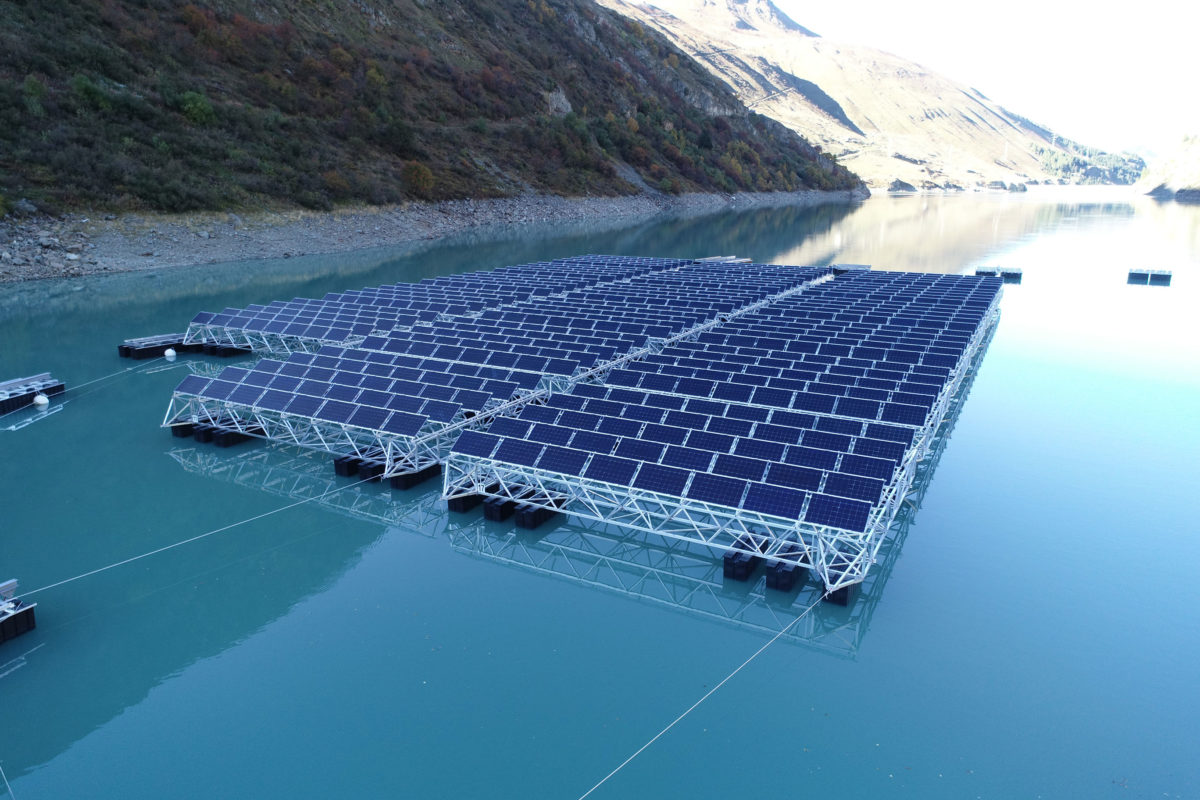 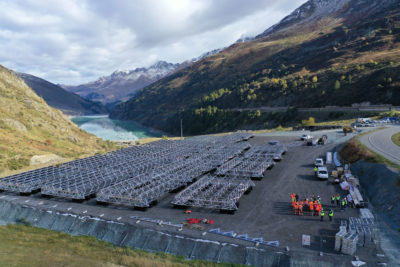 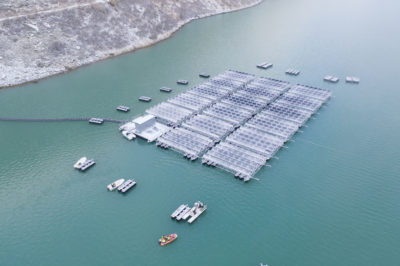 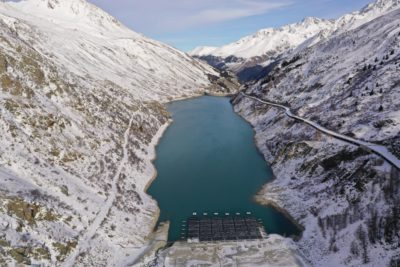 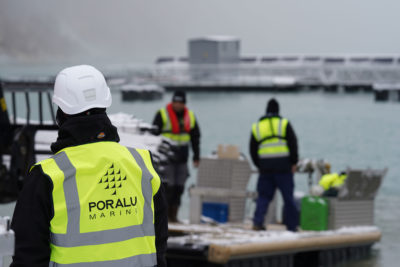 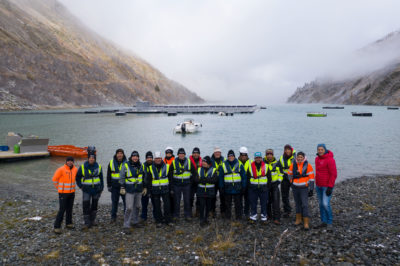